YCP Group recognizes that effective corporate governance is essential for improving long-term corporate value, and thereby regards strengthening and enhancement of corporate governance to be a key management issue. We believe that an environment in which corporate governance functions effectively will enable us to build good relationships with shareholders and other stakeholders, i.e. business partners, employees, etc., and to achieve long-term growth by providing quality services. As such, we disclose information in a timely and appropriate manner to ensure the soundness, transparency and objectivity of the YCP Group’s corporate activities as well as actively work towards creating a system that strengthens the YCP Group’s management supervision function.

The Group Audit Committee is composed of three (3) Non-Executive Directors and is responsible for monitoring the legality and appropriateness of the Directors' business execution.

In addition to the Group Board Meeting, a Director who are a full-time member of the Group Audit Committee, also attends other meetings within the Group where he/she actively speaks from an independent standpoint based on his/her expertise and experience, and inspect important internal documents in daily audits to audit the lawfulness of the business operations. We believe that this system realizes fair and transparent management as well as ensures objectivity and neutrality of the management oversight function.

The image below outlines the corporate governance system of YCP Group. 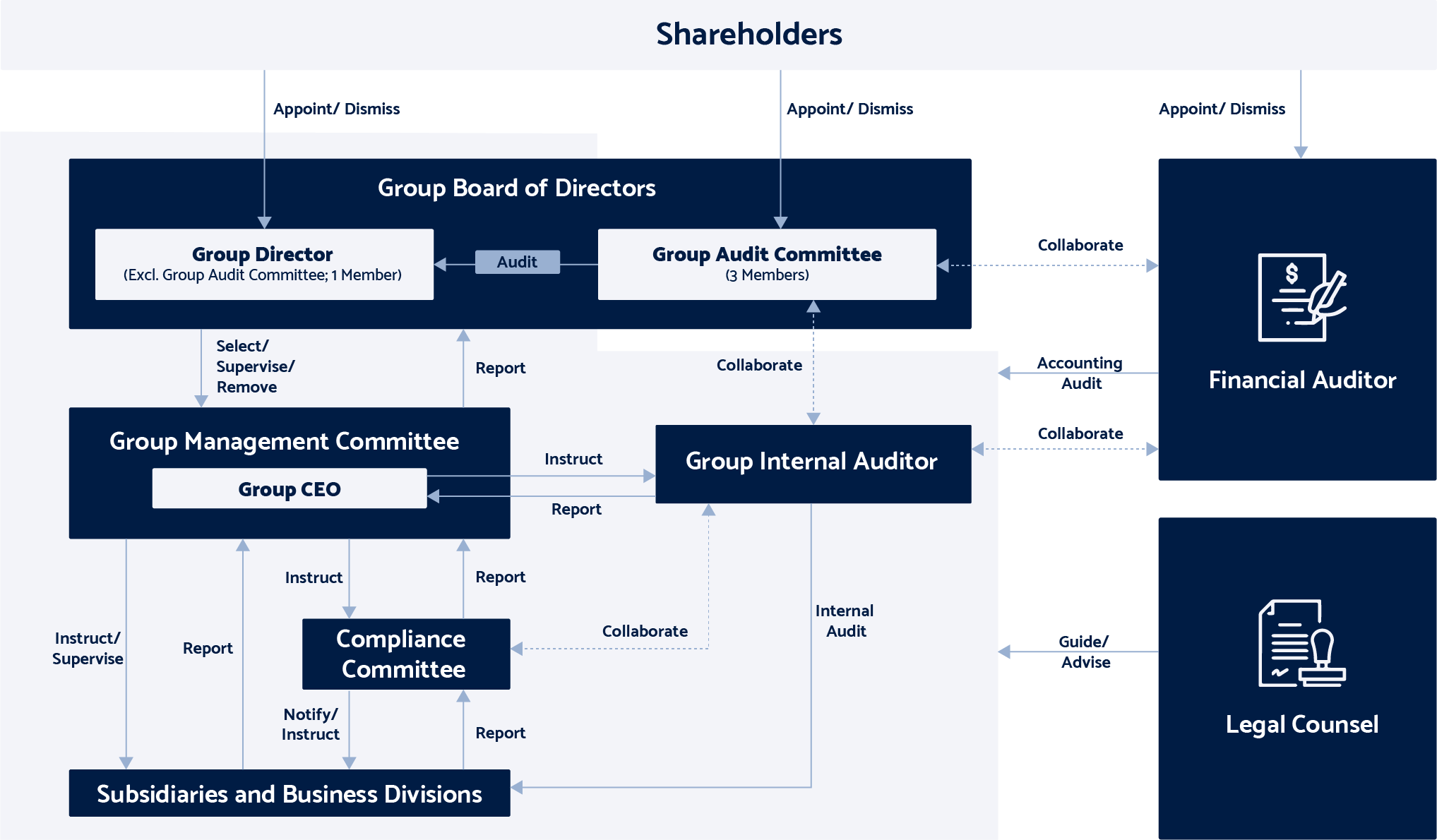 The Group Board of Directors is chaired by the Group CEO. The Group Board of Directors meets monthly for regular meetings and as and when necessary for special meetings. Directors share information and communicate with each other to make decisions on important business operations and matters delegated by resolutions of shareholders meetings as well as to supervise the Group’s business operations and performance of duties of each Director.

The Group Audit Committee consists of three (3) Directors, and is chaired by a Non-Executive Director. The Committee meets monthly for regular meetings and as and when necessary. The Committee works with the Group Internal Auditor and external financial auditor, conducts audit and communicates with each other to make decision on important audit-related matters including financial reporting, risk management and internal control matters.

Ernst & Young (Hong Kong) has been appointed as the financial auditor. There are no special interests between the Group and Ernst & Young as well as the executive members of Ernst & Young.

The Group Audit Committee, the Group Internal Auditor, and the Financial Auditors hold regular meetings from the perspective of Three-Way Audit to share information and exchange opinions. Information may also be exchanged as and when necessary, and audits and supervision are performed in cooperation with each other.